TEDESCHI TRUCKS BAND RELEASE ‘I AM THE MOON: EPISODE III. THE FALL’ 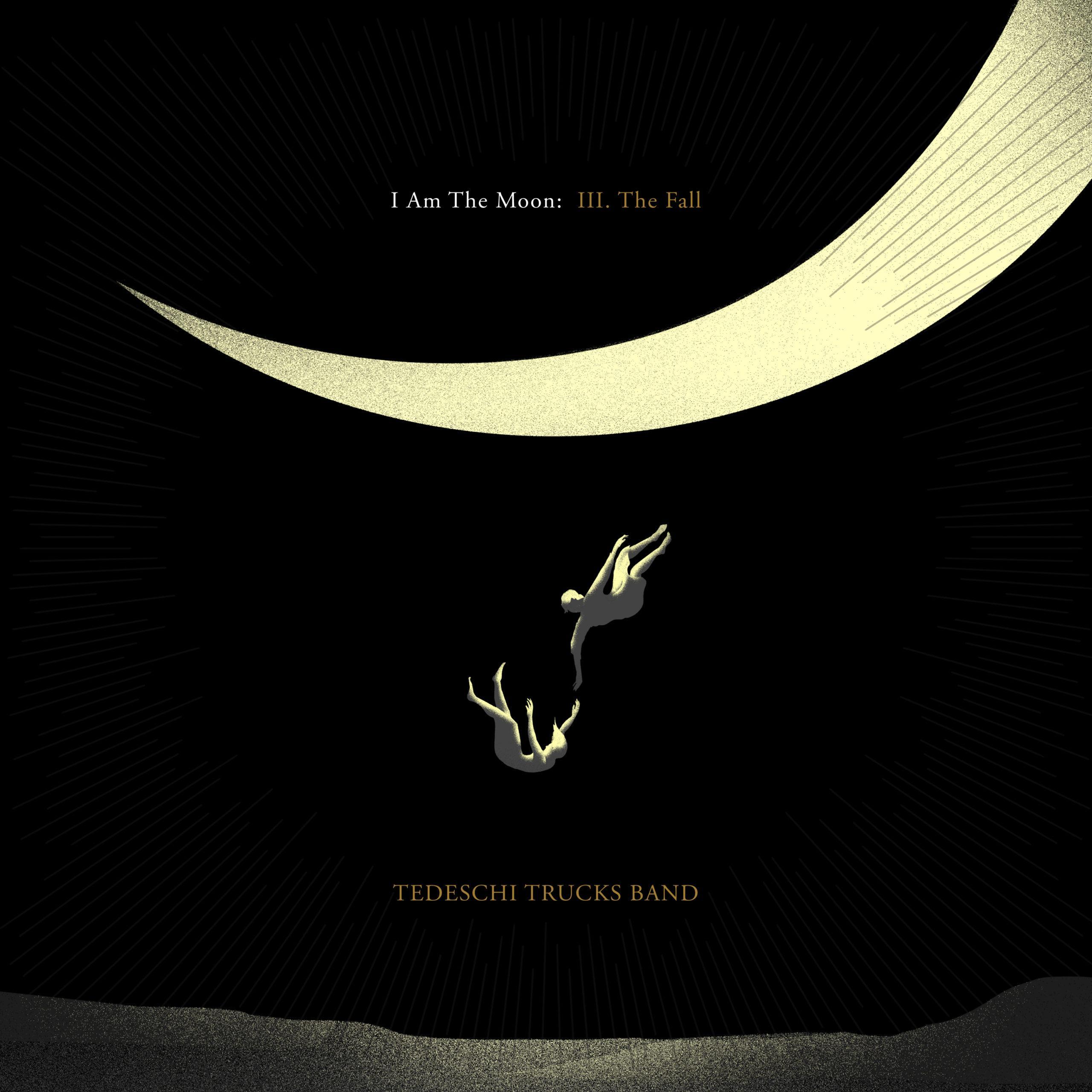 “Who even dares to do anything like this anymore?”  – Rolling Stone

I Am The Moon: Episode III. The Fall – Out Today On CD/Digital

Tedeschi Trucks Band — the GRAMMY-winning 12-piece rock and soul group headed by Derek Trucks and Susan Tedeschi — has released I Am The Moon: Episode III. The Fall, the third record in their monumental 4-album/4-film project, I Am The Moon. (Earlier this week, fans once again tuned in for the premiere of The Fall‘s companion film via the band’s YouTube Channel.)

Inspired by the 12th century poem about lovers Layla and Majnun, The Fall continues I Am The Moon’s portrait of passion and despair, with band members Susan Tedeschi, Mike Mattison and Gabe Dixon taking the lead on songwriting. It opens with “the vivid hurt and explicit challenge of “Somehow,” an easy-rolling groove that soon turns into full-blown soul power,” explains noted music journalist David Fricke in his bio notes – with Tedeschi demanding “How many times will you walk away?/How many times is the price I pay too high?”

From there, the next chapter in this love-and madness story unfolds in American-music technicolor – from the hymn-like “None Above,” (written by Mattison and Tedeschi) to Tedeschi’s bluesy, determined “Yes We Will,” and Dixon’s “Gravity,” a New-Orleans/R&B-flavored appraisal of love’s grip and pull (co-written with Oliver Wood). Mattison’s waltz-time ballad “Emmaline” offers a beautiful reflection on departed friends and loved ones (inspired in part by the loss of long-time keyboardist Kofi Burbridge, who passed away in 2019), before the slow-dance poignant plea of “Take Me As I Am,” the album’s closer.

Excitement and anticipation around this project continues to build as each film and LP is released and the band unveil fresh performances of this new music on the road. Recognizing     I Am the Moon’s unusual scope and depth, fans have validated the band’s ambitious strategy absorbing the new material with rapturous approval, giving each release a ‘can’t miss’ atmosphere. Live Music Daily recently noted: “Why do we love live music? For me, it is the journey that a band can take you on and the feeling that the audience is on that ride with the band, hand-in-hand. Riding the waves, hitting the peaks, enjoying the journey. To me, there is no better band to take the universal trip with than Tedeschi Trucks Band.” See full dates below.

I Am The Moon: I. Crescent — the highly-anticipated project’s first release — has been called “one of the strongest pieces of music they’ve ever done” by Rolling Stone, who go on to marvel at the album’s ambitious scope by asking, “Who even dares to do anything like this anymore?” A 4-star MOJO review praises Derek’s guitar playing on “Pasaquan,” Crescent’s instrumental climax, as “stinging, dexterous, raga-blues brilliance,” while AllMusic deems it “dazzling in concept and execution.”

On I Am The Moon: II. Ascension, “We hear TTB capturing in the studio what it does so well on stage, namely engaging every member of the 12-piece band in a beautifully conversational way,” says Glide. The Arts Fuse adds: “As it slowly pulls back the curtain on the full reveal of, I Am The Moon, TTB is dispensing an astonishing amount of detail and design to consider and appreciate. The band is cultivating anticipation in a way that feels more genuine than gimmicky.”

Last week, Derek Trucks sat down for a fascinating, far-reaching interview with Rick Beato for his highly popular YouTube show that delves into Derek’s one-of-kind guitar/audio technique, his deep-rooted jazz influences, and so much more. Watch here.