LAKE STREET DIVE RETRACE THEIR STEPS IN THE “NICK OF TIME” 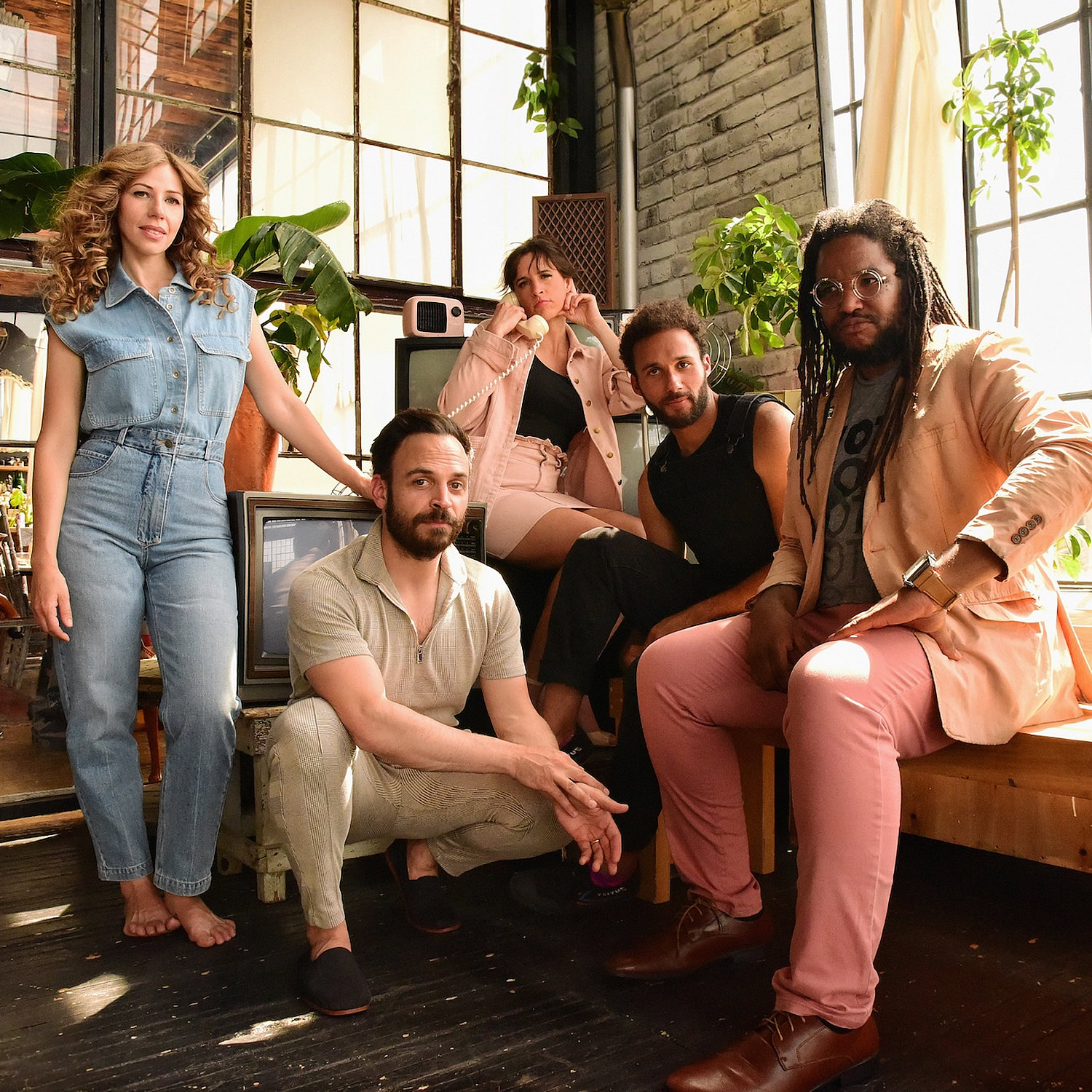 In May of 2012, a largely unknown group of musicians from New England stood on a street corner in Boston, Massachusetts and performed a brilliantly syncopated, imaginative cover of the Jackson 5 classic “I Want You Back.” It went viral. Now, a full decade later, in celebration of their recently announced new covers EP, Fun Machine: The Sequel, Lake Street Dive has returned to the very same spot for another enchanting live performance video, a sublime take of the new EP’s first single, Bonnie Raitt’s classic “Nick of Time,” watch it HERE.

“10 years ago, we set up our instruments on a Boston street corner and played one of our favorite cover songs in front of one microphone, with our buddy @10xgreg behind the camera. Very unexpectedly this simple, unadorned representation of how we make music together ended up resonating with millions of people world-wide and completely changing our lives!!! In celebration of that 10-year anniversary, we decided to go back to that same street corner and play another one of our favorite cover songs, “Nick of Time” by the one and only Bonnie Raitt! Simple, unadorned, straight from the heart! Hope you enjoy!!!”

For Lake Street Dive, vocalist Rachael Price; bassist/background vocalist, Bridget Kearney; drummer/background vocalist, Mike Calabrese and keyboardist/vocalist, Akie Bermiss, the prospect of covering some of their favorite songs in the studio isn’t merely an exercise in breathless adoration.  It’s an opportunity for artful re-invention, a way to acknowledge their inspirations while also advancing their own musical foundation¾all in hopes of inspiring a new generation of fans along the way.  On Fun Machine: The Sequel, they do just that – spinning these carefully chosen and beloved songs to new places in their own, entirely original way.

Produced by Robin MacMillan and recorded at Figure 8 Recording in Brooklyn and Lucy’s Meat Market in Los Angeles (with contributions from touring guitarist/background vocalist, James Cornelison), Fun Machine: The Sequel is the band’s second set of distinctive cover songs. While 2012’s Fun Machine paid homage to their classic R&B, neo-soul, and jazz roots, Fun Machine: The Sequel expands the aperture a little wider, featuring selections ranging from R&B and pop favorites like Dionne Warwick’s (Burt Bacharach/Hal David penned) classic “Anyone Who Had A Heart,” and The Pointer Sisters’ funky “Automatic,” to works by introspective singer-songwriters such as The Cranberries’ gorgeous “Linger,” Carole King’s classic “So Far Away,” Shania Twain’s resurgent pop-country anthem, “You’re Still The One,” and Bonnie Raitt’s aforementioned, era-defining “Nick Of Time.”

With tens of millions of streams, an acclaimed discography including seven celebrated studio LPs, two EP’s, a slew of much-loved singles and an enduring worldwide fanbase to their credit, the genre-busting group has become a dynamic and exhilarating force in popular music. And on Fun Machine: The Sequel, it’s Lake Street Dive’s signature combination of immaculate musicianship, exceptional, inventive chops, and free-wheeling sense of fun that leads the way.