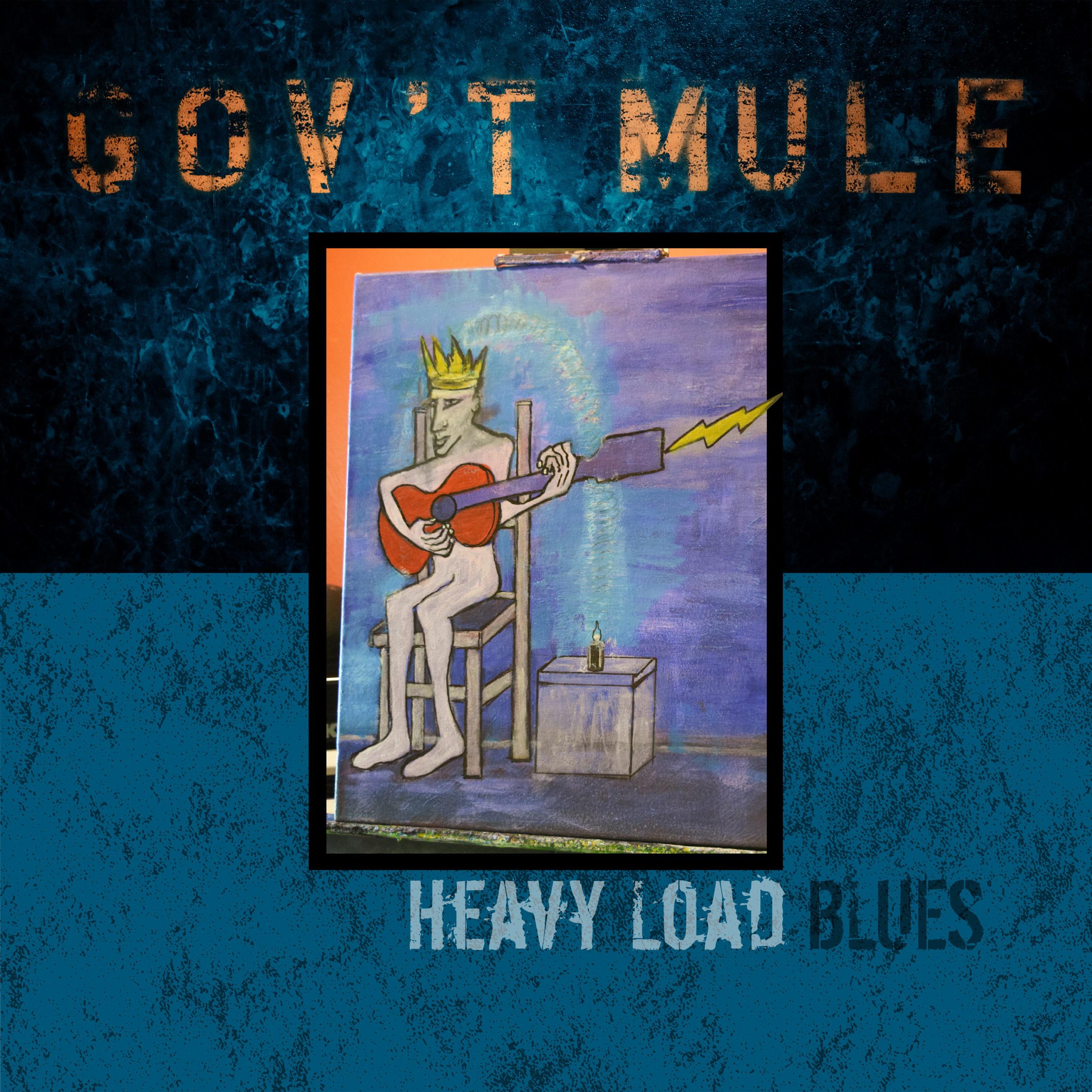 Heavy Load Blues is available for pre-order now at all DSPs – PRESS HERE. Each digital pre-save will include an instant download of “Heavy Load.” Physical CDs and vinyl are also available for pre-order now from the band’s webstore, Barnes & Noble, Amazon, and local record stores. A deluxe edition featuring additional studio and live tracks, including another Haynes original and covers originally by Savoy Brown, Sonny Boy Williamson, Muddy Waters, Otis Rush and more, will also be available.

Leading up to the release of Heavy Load Blues, Gov’t Mule will continue with their 2021 tour dates.  The in-progress outing offers fans a variety of options to catch the road warriors, including co-headlining shows with Trombone Shorty & Orleans Avenue and dates on Willie Nelson’s Outlaw Music Festival Tour alongside Nelson, Sturgill Simpson, The Avett Brothers, and more, as well as headlining shows and other festival appearances. See below for full tour routing and visit www.mule.net for more details.

Coming up later this winter, the band returns to Jewel Paradise Cove Resort in Runaway Bay, Jamaica for Island Exodus 12, the ultimate “concert-cation” experience from January 16-20, 2022. Hosted by Gov’t Mule, who will perform three full two-set shows, and Warren Haynes, offering his unique, interactive “Q and Play” set, a hybrid concert performance and storytelling session, the multi-day experience will also feature intimate beachfront concerts from Dawes and The War and Treaty, who will perform multiple sets, and special guest Ron Holloway, who will present an extended afternoon “Sax On The Beach” set. Attendees arriving early for Exodus Eve on January 15th will see “RoHo” part of Melvin Seals & JGB + Ron Holloway’s “Legion of Melvin” show. Visit islandexodus.com for more info and ticketing details.

Gov’t Mule – Warren Haynes [vocals, guitar], Matt Abts [drums], Danny Louis [keyboards, guitar, and backing vocals], and Jorgen Carlsson [bass] – has galvanized a global fan base with their honest, organic and daring music and improvisational virtuosity, leading them to be recognized as one of the most timeless, revered and active bands in the world whose spot amongst rock titans remains unshakable. Led by visionary GRAMMY Award-winning artist and guitar legend Warren Haynes – a cornerstone of the American music landscape – the enduring, globally revered group has showcased its intelligence and breadth over the course of 20+ studio and live albums, thousands of memorable performances and millions of album and track sales. Gov’t Mule has become a human encyclopedia of great American music while adding to that canon with their signature sound. The band’s flexible interplay in the studio and on stage makes them a true living, breathing ensemble and Haynes is lauded as one of the most formidable guitarists and vocalists of the modern era and a prolific songwriter and producer. Throughout his prolific career as part of three of the greatest live groups in rock history – Allman Brothers Band, Gov’t Mule and the Dead – and an acclaimed solo artist, Haynes has become one of music’s most treasured storytellers.