“Tanya Tucker is an original outlaw who bucked the country music establishment and became a living legend in the process – which makes Fantasy her perfect home,” said Fantasy Records president, Margi Cheske. “We’re thrilled to work with Tanya, Brandi and Shooter and help bring this stunning new album to the world.”

Born in Seminole, TX, Tanya Tucker had her first country hit in 1972, the classic “Delta Dawn” when she was just 13 years old. Since that auspicious beginning she has become one of the most admired and influential artists in country music history amassing 23 Top 40 country albums and a stellar string of 56 Top 40 country singles, 10 of which reached the #1 spot on the Billboard country charts. Her indelible songs include some of country music’s biggest hits such as the aforementioned, “Delta Dawn,” “Soon,” “Two Sparrows in a Hurricane,” “It’s a Little Too Late,” “Trouble,” “Texas (When I Die),” “If It Don’t Come Easy,” and “Strong Enough To Bend” just to name a few. Tucker is also the recipient of numerous awards, including two CMAs, two ACMs, three CMT awards to go along with 10 GRAMMY nominations.

In August 2016, the Academy of Country Music honored Tucker with the Cliffie Stone Icon Award during the 10th Annual ACM Honors™. In all, Tucker has sold more than 25 million records worldwide throughout her illustrious career.

Ready As I’ll Never Be

Live From The Troubadour

To my friends in Iowa and Arkansas: I am fighting an infection that has knocked me down, but I’m slowly but surely getting better. My doctors advised me to rest, so I have made the difficult decision to reschedule these shows listed. 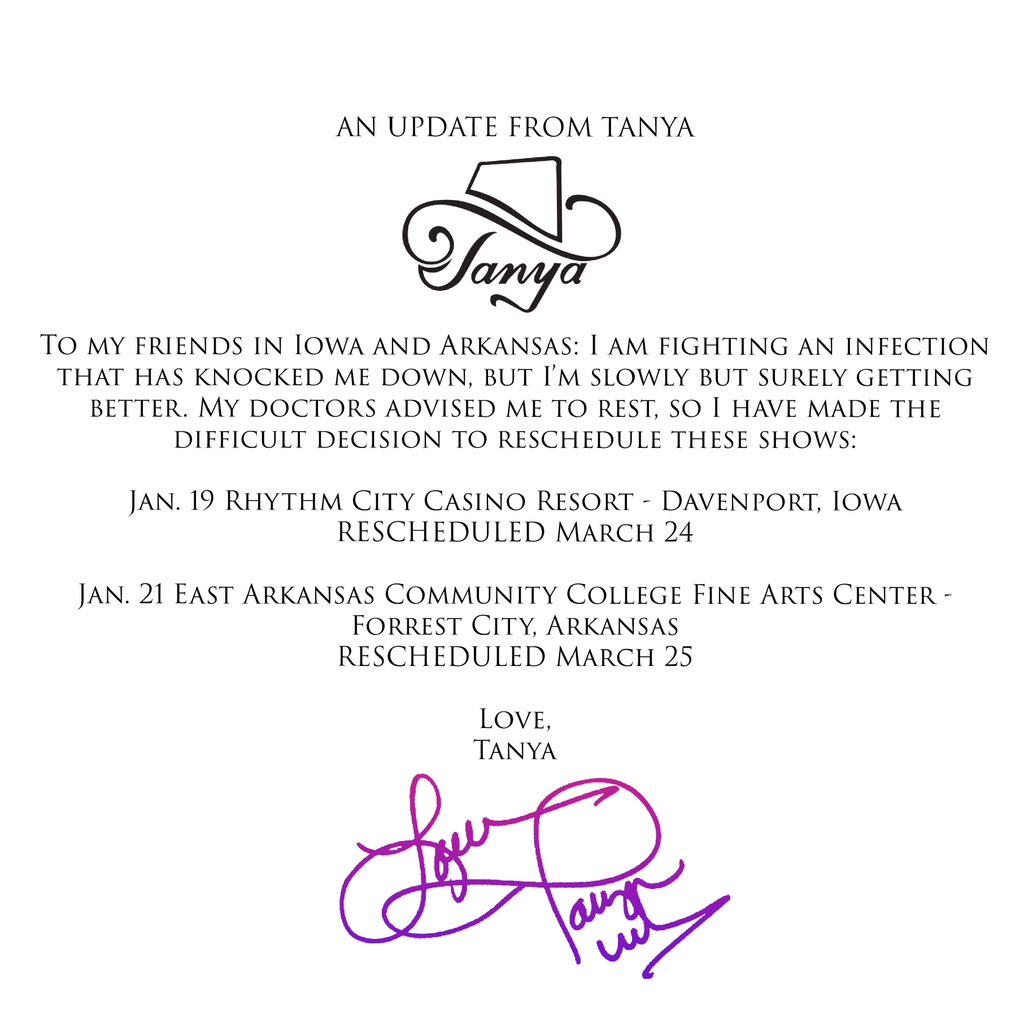