Holding to a dream for more than 20 years, Natalie Hemby is picking up where she left off on Pins and Needles, her label debut on Fantasy Records. It’s a breakout moment for the Nashville native, who stepped from the songwriting room into the national spotlight as a member of The Highwomen, sharing the lineup with Brandi Carlile, Maren Morris, and Amanda Shires. Remarkably, like Bonnie Raitt a generation before, Hemby is reaching this pinnacle in her 40s, after decades of establishing an incredible and versatile presence in the music industry.

“It’s like I finally made it back to the place where I wanted to be 20 something years ago, but I’m doing it with experience,” she says. “To me, you can’t replace experience. It’s so priceless. And I don’t know everything but I know a lot more than I did back then.”

By absorbing the sonic textures of early alternative radio, Pins and Needles emulates the exceptional women of ‘90s rock without sacrificing the individuality that has made Hemby one of Nashville’s most sought-after songwriters, with collaborators ranging from Lady Gaga, Alicia Keys and Rag’n’Bone Man to Miranda Lambert, Little Big Town, and Kacey Musgraves.

As an aspiring recording artist in 2000, Hemby had aligned with a major label in New York, but she was ultimately sidelined in a label consolidation. Nonetheless, the decades ahead proved fruitful, with two Grammy Awards for songwriting on her mantle. Now, the timing is undeniably right for Pins and Needles, which showcases her persuasive alto, unconventional lyrics, and a gift for melodies that get lodged in your head.

“I always had this dream of getting a record deal and putting out a record like this, but it never happened,” she says. “I’m so glad I grew up in that era, and back then I wanted to be right in the thick of it. But I was young and trying to figure out my own way. I went to all those Lilith Fair concerts, and saw all the girl rock bands, and that’s what I wanted to do. It’s something that’s ingrained in me. I just feel like God remembers the prayers and the dreams of our youth.”

The irresistible groove on the title track conveys the anticipation and expectation of a burgeoning romance, but the phrase itself could allude to the professional whirlwind of the last 10 years. “Pins and Needles” is the first song she wrote with Brothers Osborne, before they landed a record deal; then she realized it fit with her own aesthetic, too. “I like that it’s sort of a blues sound, but it’s also got a little bit of grit to it, rock ‘n’ roll, and a little bit of country,” she says.

The same goes for the relentless rhythms of “Pinwheel,” where there’s a kaleidoscope of color, but everything’s a blur. It’s inspired by her own struggle to deal with sudden success, even outside of the public eye.

“I wanted to make it sound like fun-loving alternative rock,” she says. “That pretty much summed up what the record was to me: Yes, the last 10 years have been nuts — but it’s been fun. It’s been crazy but here I am! I’m still here!”

Hemby and her husband, producer Mike Wrucke, recorded Pins and Needles in their home studio, often pulling songs from her publishing catalog that wereoriginally written with other artists (or with other artists in mind), yet remained unrecorded. For example, the album includes co-writes with Miranda Lambert (“Banshee,” “It Takes One”) and Maren Morris (“Heart Condition”), among other artists. “At the time, I’d tell them, ‘This would be such a great song for you,’” she recalls. “And then they wouldn’t cut them. But it was like, ‘Wait… this is not them, this is me.’”

That singular perspective is evident in “Heroes,” the album’s lead track and first single. In an era when accessibility to artists is easier than ever, Hemby decisively puts distance between herself and the notion of celebrity after witnessing how some stars behave behind the curtain.

From the start, Hemby has witnessed the inner workings of the music industry. Her mother has worked for decades as an assistant to Amy Grant and Vince Gill, and her father is a guitarist with multiple producing credits. However, Natalie gravitated toward rock ‘n’ roll. She started writing songs around 18 years old, landed a publishing deal at 19, and learned to play guitar at 21.

“I grew up around country music but I wouldn’t necessarily say it was something I wanted to do,” she says. “I had to learn early on how to adjust to my circumstances. Music was changing from what you heard on the radio in 1997. And you have to find your way, where you can contribute. For me, musically, it was country music, and I’m really grateful for that. It allowed me to still be me, but to put my own little spin on something.”

Hemby independently released the 2017 album, Puxico, as a musical ode to her grandparents’ hometown in Missouri. She bridges the gap between that introspective project and Pins and Needles with “New Madrid,” a poignant and powerful song also named for a town in Missouri. The ballad “Radio Silence” details a slow breakup through the analogy of a signal that’s fading, yet it shows that her ability as a lyricist has never been stronger.

Among five career nominations, Hemby’s first Grammy Award came as a co-writer of “I’ll Never Love Again,” from A Star Is Born. She collected her second in March 2021, for Best Country Song, as a co-writer of The Highwomen’s “Crowded Table.” The band also appeared at Newport Folk Festival and a number of late-night shows. Since 2013, she’s received five Country Music Association nominations for Song of the Year. Now, Pins and Needles is clearly the culmination of these milestones.

“All of that is in the fabric of what I’m doing right now,” she says. “I like having freedom for me to be able to determine who I am, sonically. It’s knowing what your strengths and weaknesses are, and I’ve definitely found that out over the last few years. With age comes wisdom and confidence. I feel like if you stick with it, you end up where you’re supposed to be.” 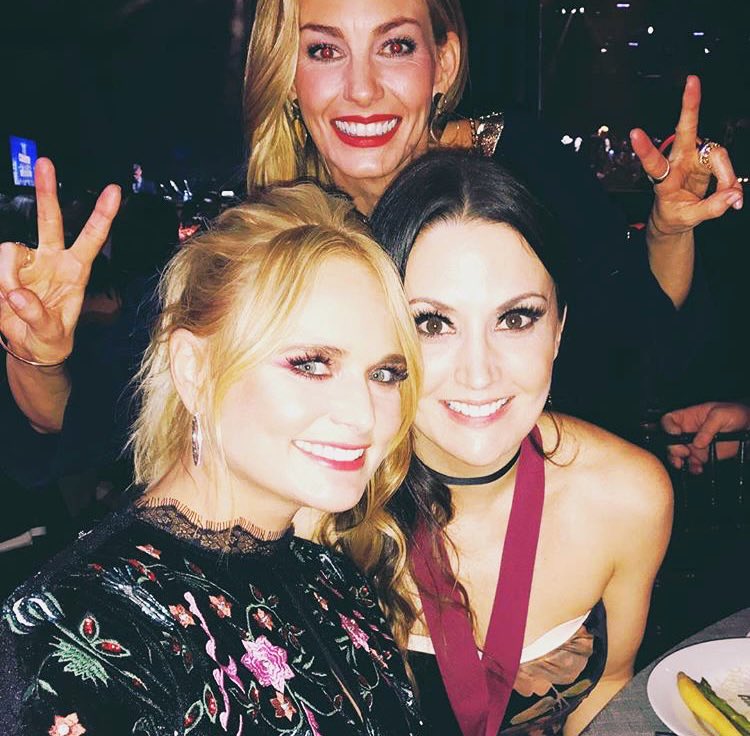 I need @FaithHill and @nataliehemby to collaborate so I can cry my eyes out or dance my little heart out.
#faithhill #nataliehemby NATALIE HEMBY SHINES ON HER BRILLIANT SOPHOMORE RECORD PINS AND NEEDLES, OUT TODAY (10.8)