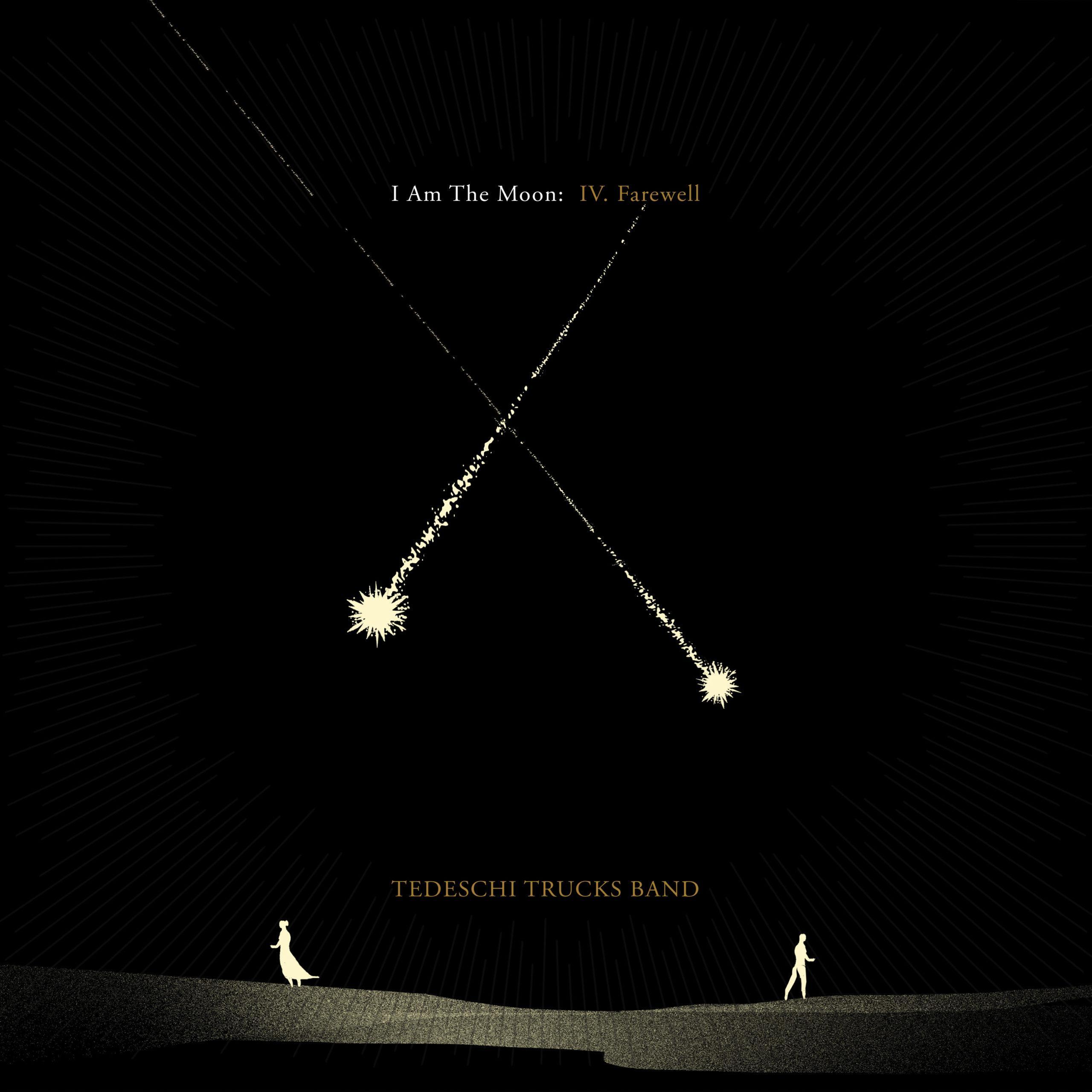 Tedeschi Trucks Band, the GRAMMY-winning rock and soul 12-piece led by Derek Trucks and Susan Tedeschi, have released I Am The Moon: Episode IV. Farewell, the final chapter of their acclaimed 4-LP and 4-Companion album cycle, I Am The Moon.  Listen to/purchase, I Am The Moon HERE. Fans can also stream the album-length companion visual from filmmaker Alix Lambert on the band’s YouTube Channel.

An astonishing amalgamation of soul, rock, blues, funk, psyche, roots and Eastern influences, the project’s sweeping artistic ambition—and the sheer quality of its songwriting and musicianship—makes I Am The Moon one of the year’s most essential recordings. This week, the groundswell of excitement reached a crescendo in anticipation of the journey’s concluding episode as enthusiastic fans from all over the globe have embraced this project like no other in the band’s history.

“Farewell – the final record in the groundbreaking studio release by Tedeschi Trucks Band, I Am The Moon – concludes a remarkable adventure and new beginning for the group, now in its 12th year as America’s premier rock & roll big band: four distinct and, at the same time, deeply connected albums with a total of 24 original songs capturing the power of devotion in a time of crisis and separation, with a renewed energy in collective songwriting and performance. Opening with the lusty confrontation of “Last Night In The Rain” and ending with the rousing benediction “Another Day,” Farewell is “a wish of well-being at parting,” as one dictionary defines that word – with more road and love ahead.”

TTB began the west coast run of their Wheels of Soul tour this past week with triumphant performances at The Greek Theatre in Los Angeles and Berkeley. In their glowing show review, Glide Magazine raved, “The night of glorious soul, rock, and blues included guest sit-ins, powerful new music, and exceptional performances.” See full dates below.

TTB’s Mike Mattison recently sat down with PRX The World to discuss Persian poet Nizami Ganjavi’s “Layla & Majnun,” the influential epic romance poem that was the thematic throughline of I Am The Moon. Listen to the interview here.  In addition, Derek Trucks spoke with Rick Beato for a far-reaching interview that delves into Derek’s one-of-kind guitar/audio technique, his deep-rooted jazz influences. Watch here.

I Am The Moon – General Project Art Hi-Res Download

PRAISE FOR TEDESCHI TRUCKS BAND + I AM THE MOON:

“One of the strongest pieces of music they’ve ever done…Who even dares to do anything like this anymore?” — Rolling Stone

“I Am the Moon is dazzling in concept and execution. Tedeschi Trucks Band embrace this narrative with ambition, and expose its lessons with creative imagination, emotionally intelligent songwriting, and mind-blowing musicality.” — AllMusic

“We hear TTB capturing in the studio what it does so well on stage, namely engaging every member of the 12-piece band in a beautifully conversational way.” — Glide

“As it slowly pulls back the curtain on the full reveal of, I Am the Moon, TTB is dispensing an astonishing amount of detail and design to consider and appreciate. The band is cultivating anticipation in a way that feels more genuine than gimmicky.” — The Arts Fuse

“Musically, the Tedeschi Trucks Band is at their most compelling here: weaving through the seamless blend of blues, rock, jazz, raga, gospel, soul, folk, and even classical for which they’re known.” — No Depression

“The group’s combination of musical excellence and daring won’t be denied, which makes I Am the Moon, in all of its unapologetically indulgent grandeur, a career-defining work.” — Ultimate Classic Rock