For anyone who’s been listening to great music during the past half-century, Paul Simon is certainly no stranger. So one of the most remarkable things about his extraordinary new masterpiece, Stranger to Stranger—Paul Simon’s 13th solo record—is that it conjures a vivid and vital new context to his well-established genius as a singer and songwriter. Full of thrilling textures that feel fresh and modern, while still offering subtle and artful allusions to our shared musical past, Stranger to Stranger presents the perfect opportunity to get to know Paul Simon in a new way.

“Most obits are mixed reviews,” Simon sings with dry wit on the album’s thrilling and darkly funny opening track, “The Werewolf.” Here, Paul Simon’s strong voice and conversational lyrics usher us into a brave new musical world where expectations are defied and exceeded, as they were thirty years ago with another masterpiece, Graceland.

Stanger to Stranger’s distinctive sonic textures allow the listener to experience Simon’s singular voice with the shock of the new. The album’s visceral and ever-changing musical palette allows us to recall what we have loved about Paul Simon in the past; at the same time we feel passion for this new music that artfully speaks to the good, the bad and the ugly in our jittery world, here and now.

“That’s the bar you have to reach,” Paul Simon says. “In a sense, an artist’s past is an obstacle that has to be overcome with each new work. You have to convince listeners that the new songs can be as rewarding as the past. The problem is, it’s hard to do, and that’s why it often takes so long.” Trying to live up to his own high standard—and create something new that is worthy of attention—is partly what keeps Simon working so hard at this stage in his illustrious career. “The idea is not to just make another album,” Simon explains. “It’s to make something that’s really worth a listen.”

By any standard, Stranger to Stranger is well worth repeated listening—and not just by those who have loved Simon’s body of work, but also by a whole new generation of music lovers who will find an album that is wildly relevant, and, at times, just plain wild.

The adventurous sonic spirit of Stranger to Stranger—made abundantly clear right from the bitingly humorous first two tracks, “The Werewolf” and “Wristband”— has led Simon to so many interesting places. Following Simon’s collaboration with Brian Eno for his 2006 album Surprise, he began to think about how to create intriguing soundscapes beyond the use of keyboards and synthesizers. So on his last album, 2011’s acclaimed So Beautiful Or So What, Simon experimented further with echo, using bells and the aftertones of bells, as well as placing instruments in the distance, to create new sounds and a more expansive musical environment.

On this record, Stranger to Stranger, Simon worked with old friend and collaborator Roy Halee—a name familiar from countless recordings now rightly considered classic. “Roy was the engineer when we did the Simon & Garfunkel audition tape for Columbia Records,” Simon recalls. “That’s how long I go back with Roy. He did Bridge Over Troubled Water, and Graceland, too. He is absolutely still at the top of his game, and knows more about using echo than anyone else on Earth. I’m totally comfortable collaborating with him, and I trust his taste and opinions—it’s a partnership.”

Together, Simon and Halee took this sort of experimentation even further. “It’s about getting you to actually hear something in a new way. It’s about making music that sounds old and new at the same time; music with a sense of mystery,” says Simon. “You’re trying to create what your ear imagines—what you can barely hear, just over the horizon—and you’re not exactly sure what it is, but you think you can get there.”

Another significant breakthrough on Stranger to Stranger came when Simon wrote “Insomniac’s Lullaby,” and found himself reminded of the musical possibilities first suggested by Harry Partch—the 20th Century American composer and theorist who created custom-made instruments in microtonal tunings. Through his longtime guitarist Mark Stewart, Simon came to know musician Dean Drummond, who was the custodian of the original Harry Partch instrument collection then housed at Montclair State University in New Jersey. “We had to bring our equipment to record the instruments in their laboratory,” Simon says of capturing such unusual instruments as Cloud-Chamber Bowls and the Chromelodeon. “We couldn’t take the Partch instruments to our studio.” Ultimately, Simon grew so fond of the Chromelodeon that he bought one.

“Until then, I didn’t know that Harry Partch was dividing octaves to anything from 30 to 43 notes,” Simon explains. “But I understood that our ear goes beyond the European definition of intonation, about what’s in tune or not. An easy example of this would be when you hear a great R&B horn section and they’re playing fantastically, but slightly out of tune. Now, if you gave that same part to members of the Philharmonic, it would sound lousy. Sometimes the thing that’s just a little bit off is just right. And I think the ear is telling you something.”

For Simon, one of the key realizations he gathered from exploring the musical world of Partch was the early composer’s observation that singing in music is akin to human speech. “The voice doesn’t go from one note on a staff to the other, it slides and glides through them,” Simon explains. “That was a big bit of information for me, and I started to shape vocal lines on the album that way. So many people use autotune these days to get perfect pitch, but I find there are more interesting places to be than right in the middle of a note.”

Simon’s collage of sounds for Stranger to Stranger also included the Italian electronic dance music artist Clap! Clap!, who had made an album called Tayi Bebba, blending African field recordings and EDM. “I went looking for Clap! Clap! and we met up in Milan,” Simon recalls. “I played him a work in progress, and he ended up putting his sound on three of the tracks (‘The Werewolf,’ ‘Wristband’ and ‘Street Angel’).”

“Stranger to Stranger is like an album from the 20th Century, set in a 21st Century sonic landscape. I can reconstruct song forms and break rules—let a song go this way and that, just as conversations do,” Simon explains.

Paul Simon’s Stranger to Stranger reminds us of the surprising things that can happen when we stop to listen to the world around us. It’s a record that’s more rewarding with each listen, continually offering new things to discover. Perhaps this is a characteristic of Paul Simon’s music, and why so many of his songs have proven to be timeless.

“Sound is the theme of this album as much as it’s about the subjects of the individual songs. If people get that, I’ll be pleased,” explains Simon. “I never say, ‘Now I’ll write a song about mortality, or a song about social inequality,’ or anything, really. So, in a sense, the songs write themselves—they lead; I follow. The right song at the right time can live for generations. A beautiful sound, well that’s forever.”

So Beautiful Or So What

Paul and @WillieNelson perform "Graceland" at the 5th Annual @FarmAid concert in 1992. 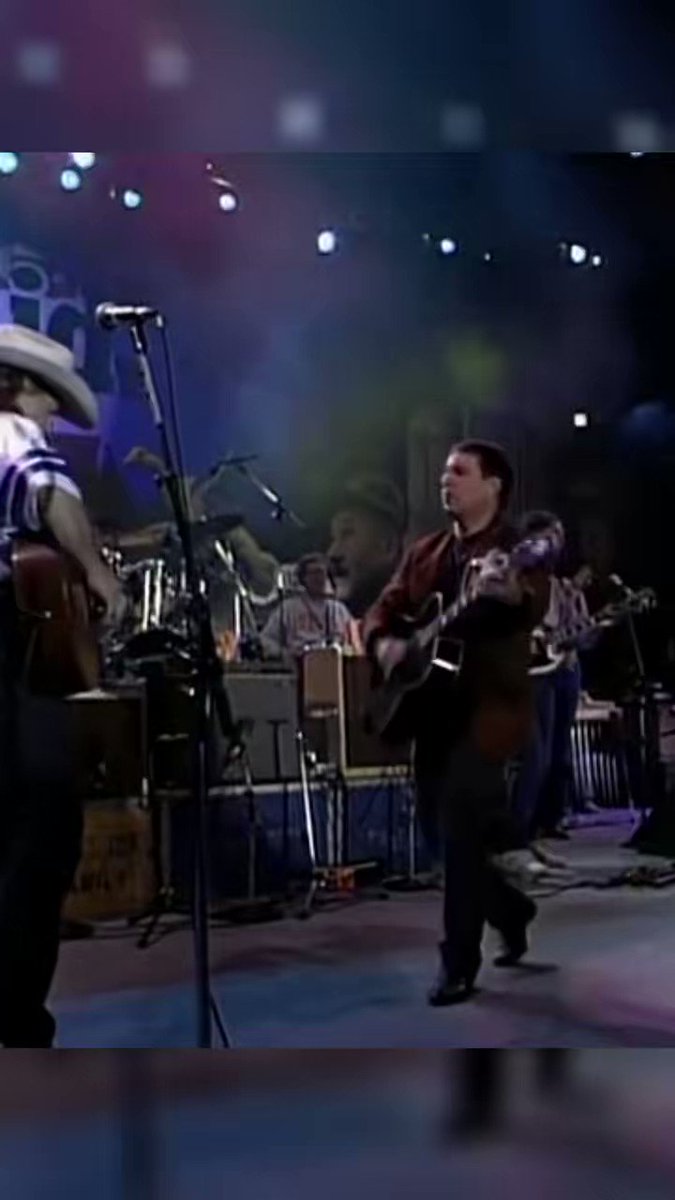 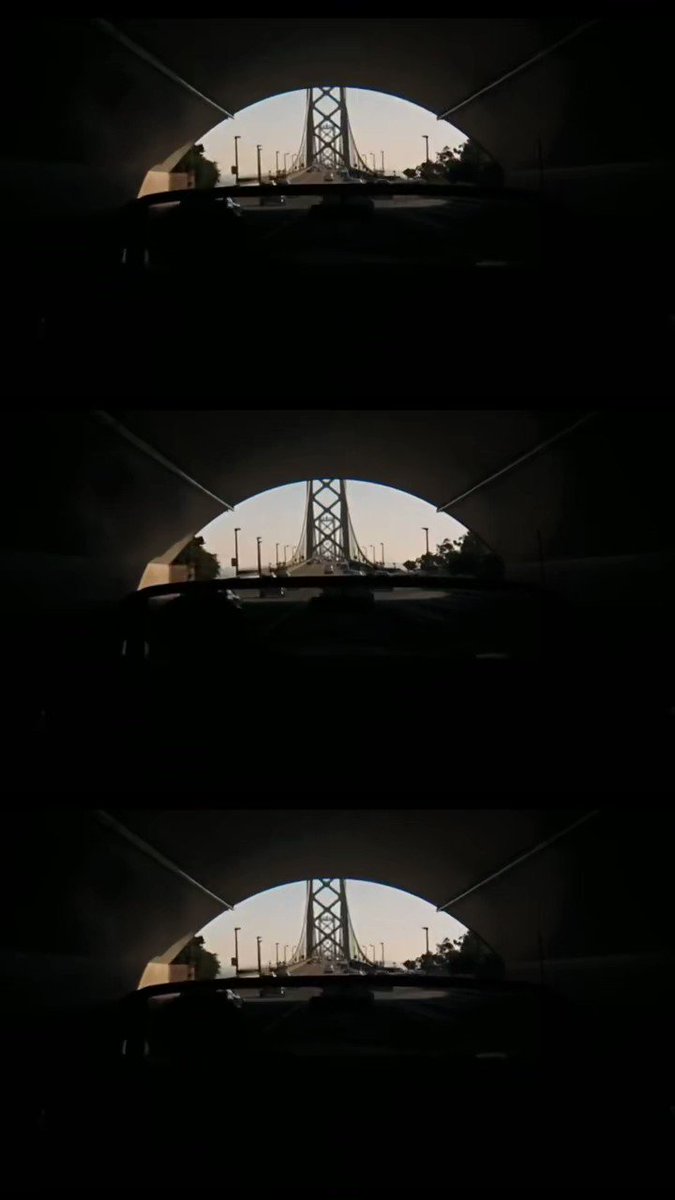 “Maybe I think too much”
📷: Deborah Feingold 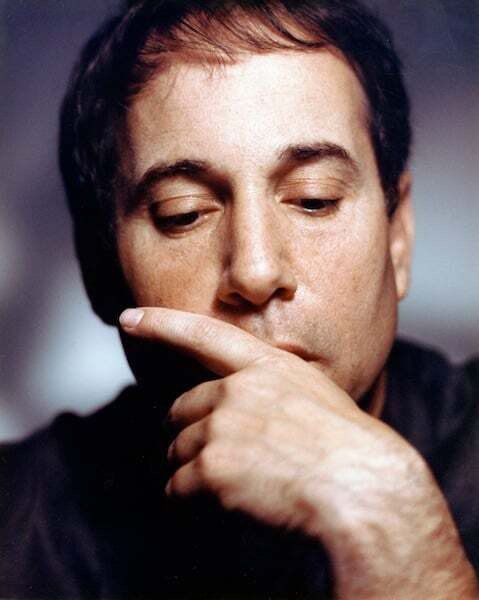