It took Nathaniel Rateliff and the Night Sweats less than five years to become one of the most recognizable new forces in contemporary rock ’n’ roll. Since 2015, Rateliff has led his denim-clad, horn-flanked Night Sweats, supplying the zeal of a whiskey-chugging Pentecostal preacher to songs about this world’s shared woes. They’ve had hits, sure, but their combustible mix of soul and rock quickly cemented them as the rare generational band who balanced ecstatic live shows with engrossing and rich records. To wit, is there any other modern act capable of revving up stadium crowds for The Rolling Stones (and being asked by Bob Dylan to open two separate tours) before appearing on Saturday Night Live and CMT Crossroads and at NPR’s Tiny Desk in short order?

Still, given the Night Sweats’ onstage charisma, Rateliff worried he ran the risk of becoming a big, boozy, bellowing caricature, perpetually sweating out through his denim getup for expectant crowds. He had actually begun his career a decade earlier as a confessional folk singer, sharing the stories of his hardscrabble youth through a string of gilded acoustic records. As the Night Sweats erupted, he suspected that aspect of his art had been overlooked, that he’d become pigeonholed by the success of their shared bombast. So early in 2020, Rateliff stepped back briefly from the band to issue And It’s Still Alright, a gorgeous solo meditation on the parallel salve and suffering of love. When the pandemic scuttled that album’s tour, though, Rateliff returned to his Colorado homestead and penned a set of songs that synthesized his introspection with his anthemic inclinations or the Night Sweats’ hard-edged quakes with its singer’s softer reflections. The result is The Future, the third Night Sweats album but the first to capture this octet’s true depth and breadth. An instant classic of 11 compulsive songs, The Future obviates the boundary between band and bandleader, between old expectations and what comes after.

When Rateliff returned from his truncated solo tour in March 2020, he struggled with the same question that vexed so many of us then—what now? Using skills from his former gig as a gardener, he busied himself with home-improvement projects and slowly drifted back toward songwriting. The tunes that followed not only reflected the anxiety of the moment but also caused him to reconsider just what constituted a Night Sweats versus a Nathaniel Rateliff song. After two early sessions in late 2020, Rateliff still grappled with the existential question about what it meant to be his full self with his band. Rateliff reflected, “I look at it overall as a big question. When I was writing the record we were in the middle of a pandemic and our future looked pretty bleak. I just continue to try to write from a place of hope. Then my own neurosis, and maybe being a Libra gets in the way, and I can’t make up my mind. There is this constant back and forth battle in me personally and I am sure that comes out in my writing.”

Then he met producer Bradley Cook, previously responsible for records by Bon Iver, The War on Drugs, and Hiss Golden Messenger. Cook convinced Rateliff that the binary was false, that the distinction between solo and full-band material mattered less than the dozen songs he loved best. Cook was right: After a two-week whirlwind of recording and mixing at Rateliff’s home studio, the Night Sweats emerged with The Future largely finished, stunned by their own evolution and their ability to unify innate magnetism and burgeoning sophistication.

Each of these songs testifies to this sudden growth. A vulnerable reckoning with the exigencies of a full life, “Survivor” talks back with defiance, its squawking horns and shouted hook shrugging off a weight of the world that “continues to grow until it finally buries you.” A complete triumph, “I’m On Your Side” is a heroic vow of empathy for a world of reductive reactions and vocal belligerence; as insistent as the organ that roars beneath it, the song unfurls as a call to necessary solidarity. And on an album where Rateliff sings so candidly and concisely of self-doubt and global anxiety, he ends with the undeniable “Love Don’t,” an urgent reminder that our capacity to love is more powerful than our capability to hate or be hated. It is a testament to all we have left to gain. As Rateliff puts it, “I hope at the end of an album full of questions ‘Love Don’t’ is more of a statement. Even if there are questions in that song we know the answer is love. We know the way we are supposed to treat each other. We know that love beyond all things should be our focus and trying to better understand each other.”

The playing of the Night Sweats mirrors the nuance of Rateliff’s writing throughout The Future. Though Rateliff and his fellow players have long been best friends who chatter constantly on a never-ending group text chain even when they’re off the road, the relationship could sometimes appear hierarchal to outsiders, a singer with his support. But Cook worked to integrate everyone’s ideas, to harness fully the abilities of one of rock’s most soulful crews into something seamless and new.

Drummer Patrick Meese and bassist Joseph Pope III, for instance, sublimate the mystery of dub into the propulsion of Southern funk during “So Put Out,” while Luke Mossman’s guitar grinds like a ghost of No Wave. The Night Sweats’ incomparable horn section—Andreas Wild, Jeff Dazey, and Daniel Hardaway—buoy the singalong “What If I” with a classic Stax esprit. (You’ll be singing along, by the way, with Jenny Lewis and Lucius’ Jess Wolfe, who offer resplendent harmonies here; Sylvan Esso’s Amelia Meath joins elsewhere.) And Mark Shusterman’s keyboard strata during “Love Me Till I Gone” help to summon the bittersweet grace of both Bill Withers and Van Morrison. You hear the old Night Sweats in these arrangements plain as day; you also hear a veteran band operating on several new levels all at once.

During these last two daunting years, with so many facets of our daily lives put on indefinite hold, we’ve had the rare opportunity to take stock of where we have been, where we are, and where we might be going. Nathaniel Rateliff and the Night Sweats plundered this paradoxical silver lining not only to realize they could become more but also to actualize it.

“Is the future open? / Is the future seen?” Rateliff asks with the first lines of the album’s opening title track, mining the dual senses of worry and wonder that have framed much of our recent past. For so long, the future of Nathaniel Rateliff and the Night Sweats seemed settled and seen—a marquee soul-rock band that always had the best time. But The Future presents something more sustainable, interesting, and indeed open—a songwriter and band growing into bigger questions and sounds, into a future that allows them to remain recognizable but be so much more compelling than some denim-clad caricature.

You Worry Me Live In Dublin

Tearing at the Seams

A Little Something More From

You are cordially invited to be my guest at my show with the Colorado Symphony as we celebrate @OfficialNilsson.

Donate to @marigoldproject for a chance to win a trip to Denver, premium seats, a signed guitar, and more. Donate To Win at http://fandiem.com/nathaniel 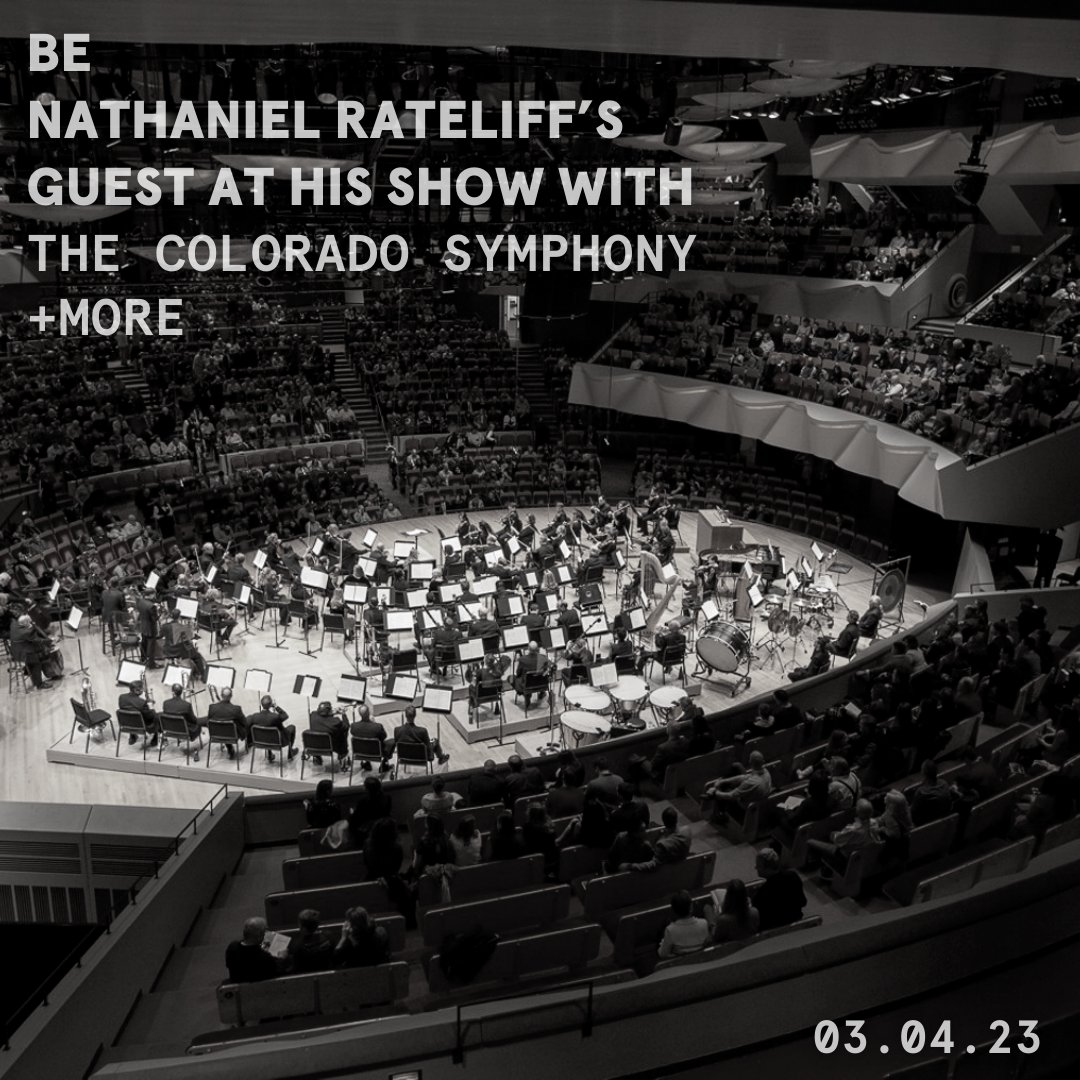 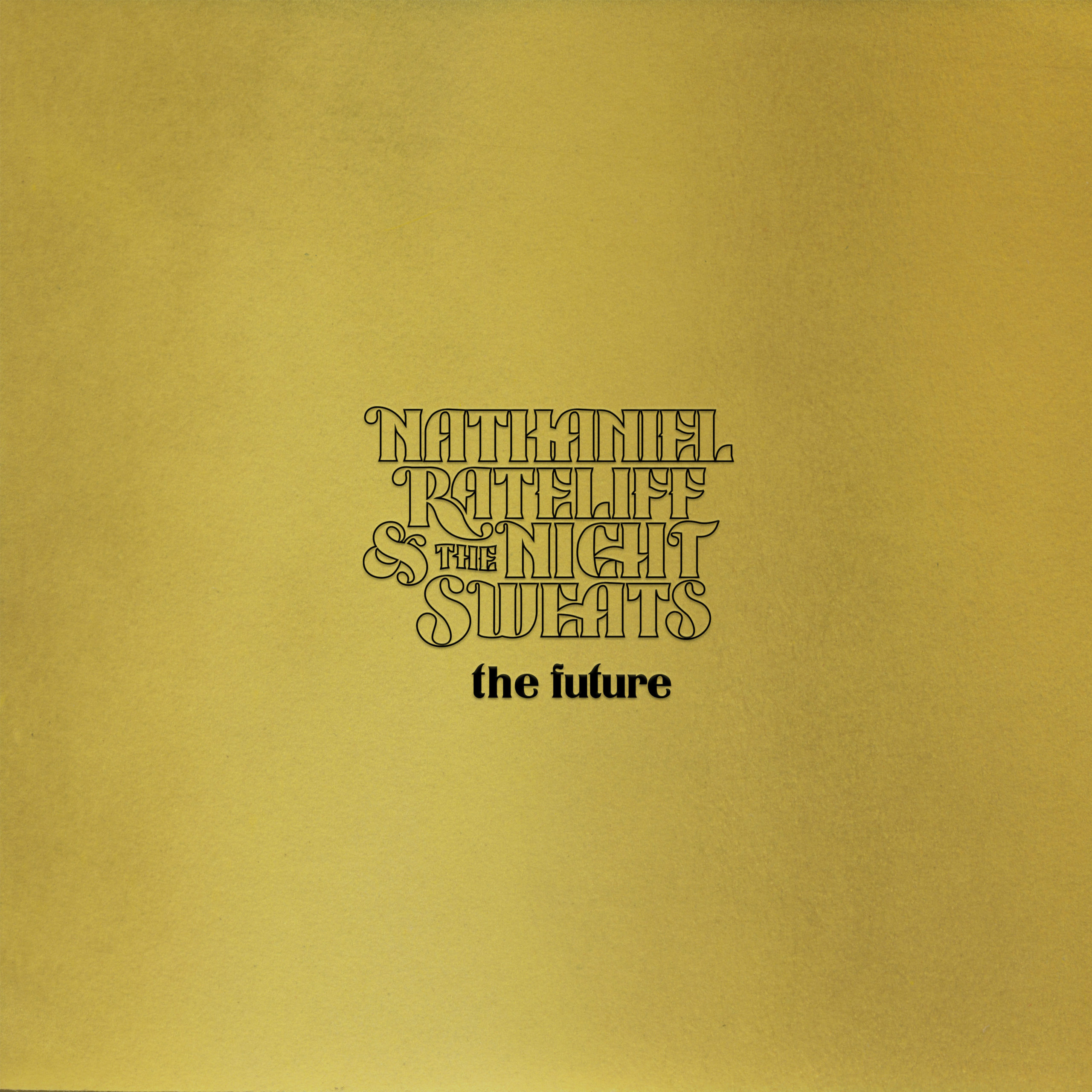