A Few Stars Apart, the new album from Lukas Nelson & Promise of the Real, is a testament to finding a human connection: between close family and friends, as well as one’s own heart. These 11 songs reveal what it means to come home again, to be still, and to find community—and yourself.

Riding out the beginning of the pandemic with his parents and his brother, Grammy Award-winning Nelson was forced to hit pause in 2020 for the first time in his life. He and his acclaimed band had toured relentlessly for more than a decade, playing countless sold-out one-night shows and festivals around the world and occasionally serving as Neil Young’s road band. For the longest stretch of time in his life, Nelson was forced to find stillness, connection and inspiration in life’s simplest joys.

“I’m from what one might say is the ultimate road family—I’ve been on the road my entire life. I’ve never been anywhere longer than three months, and suddenly here we are, the four of us together. And thank god we were together. I can’t remember the last time we had that much time together as a family. We had a lot of really important bonding that happened during that time. And I have to say, as terrible as the pandemic has been in so many ways, for my inner peace, I was able to take a lot of good from this time. I was able to pause and reflect.”

Recorded over three weeks at Nashville’s RCA Studio A with producer Dave Cobb, the collection was cut on eight-track tape, giving it an analog warmth that mirrors the genuine nature of Nelson’s original songwriting. Listening to A Few Stars Apart, it’s clear that he has absorbed the lyricism of his Texas heroes. Yet there’s an ease in these recordings that may be traced to his own formative experiences in Maui, where he spent much of his childhood and now primarily calls home.

“It took me a really long time to come back to the home in my heart. In a physical sense, that’s Texas and Hawaii. But in a spiritual sense as well—I think I finally decided not to run from who I am and who I am destined to be,” says Nelson. “First and foremost, that’s a songwriter. That’s what this record means to me. There’s a story being told through the whole record. A story about connection and coming home.”

How did the song “A Few Stars Apart” come to you?

That song was written the night Nancy passed. Our beloved friend to whom this record is dedicated. Early in the pandemic, I found a love of looking at the stars every single night and I made a vow not to stop looking at the stars every night for the rest of my life. When she passed, I was looking up at the stars and the song just came. It felt like her spirit was writing it with me. The lyrics say, “We’re just a few stars apart, every night you can see my heart, shining like a diamond in the sky.” It almost felt like she was saying that to me, and to her children. Saying, “Hey, don’t worry. I’m here. I’m just right up there.” That message is really the guiding light throughout these eleven songs. It’s about finding closeness—with others and yourself—even in the face of great distance. When I look at the stars, I am reminded that we are made of the same thing and that none of us are more than a few stars apart.

You read The Odyssey during the pandemic, too. How did that experience complement what these songs are about?

In a way, my whole life has been an odyssey, and I was drawing parallels to Odysseus’ journey and my own journey. When Odysseus comes home, it is a very turbulent time, and I drew parallels between that and what had happened in my own heart and my own soul. I was forced to look at all the turbulence I had created by being away and not sitting still with myself for years and years. So, I was able to face my own inner demons that were pulling my heart in all different directions and banish them from my homestead.

There are a lot of love songs on this record, which isn’t something you often hear in roots music.

I’m a sucker for sappy love songs. For some reason, I find that I can say what I really want to say with ballads. You know, a song is like a short story. You really have to say a lot in a short amount of time and make it interesting—and keep it interesting. The game, for me, is to find a unique way of expressing something that we all feel. In spite of being influenced by so many different types of music and musicians, country music in particular seems to pull the strongest. Country songs can really get you in the gut, you know? And the simplicity on the surface, with the underlying complexity, fascinates me. I like that style.

What we loved about working with Dave was that his approach to recording us was exactly how we wanted it. Which is, we want to have it on tape, in a physical place, not just in a digital realm but also in an analog realm. And we wanted to have it more or less live. We sat in the studio just like they did back in RCA in the day, with an eight-track tape machine. It’s a testament to the skill of Promise of the Real, and Dave, who actually played with us a lot, that we were able to get great takes. Everybody felt very inspired the whole time.

Your dad recorded there, too, and in the pictures of him on the wall, he was roughly the same age that you are now. Does that feel like destiny to you?

Yeah. I don’t want to get too philosophical because the concept of destiny is a subjective concept, but I do feel an orchestration in my life that I find humbling and beautiful.

How would you describe the bond between you and your dad now?

Oh, we’re closer than we’ve ever been. We’re a team, you know? The Nelson family is a team—my mom and my father and my brother and my sisters, we all support each other and love each other. We also know how rare that is in a family. I consider myself lucky not because I have a famous father but because I have a really good father.

When you played these songs for your family, what was the response?

They loved it. They were really happy with it. My mom said something interesting, which was, “You found your voice.” And I thought that was very cool.

The song “More Than I Can Handle” is about facing adversity. How do you personally handle setbacks and challenges?

Well, in the first line, it says, “My baby likes to laugh when the going gets tough.” And I appreciate that in people. I look for that in people, to have a good sense of humor. I mean, what are you going to do? What can you do? You do what you can, and if you can’t do anything, you sit and laugh about it! And you just realize, if everything went to shit, then I’ve got my family and I’ve got the people I love and care about around me.

“We’ll Be Alright” is similar to that, about always being right where you need to be.

Exactly! That’s always been a thread that I’ve felt. I’ve always felt that I’ll be exactly where I need to be if anything happens. I trust that my love will guide me to wherever I need to be. And it happened! I was with my mom and dad when this pandemic happened. I’ve always been right where I was supposed to be and I trust that. And because I live with my heart and love, then I’m always there.

Looking back on your own journey, what do you like most about where you are now?

I’m just a lot happier. I don’t have a lot weighing on me. I’m proud of who I am. I look at myself and I say, “OK, I like that guy.” I try to look at myself as if I’m watching a movie of myself and my life, and would I approve of this main character in this movie? Everything I do in life, I look at that way. My dad told me that one day: “Look at yourself as if you’re watching yourself in a movie. Do you like that character? Do you like what decisions that character makes?” And what I see is a flawed but lovable guy!

Turn Off The News (Build A Garden)

Let Go Of Your Plans eSingle 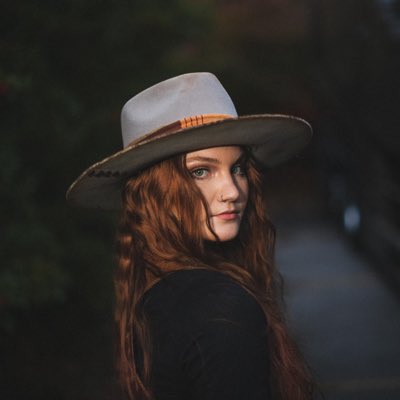