Formed in the working-class town of Swords, Ireland, around the talents of Steve Garrigan, Vinnie May, Jr., Jason Boland, and Mark Prendergast, the band released an eponymous EP in 2012, with plans to unleash a full-length outing the following year. At the end of the 2012, Kodaline were shortlisted for the BBC’s Sound of 2013, but they were beaten to the top spot by HAIM. The group issued their debut album, In a Perfect World, in June 2013, which was preceded by the singles “High Hopes” and “Love Like This.” The record was a major success in Ireland, going platinum twice, and it also did well in Britain (it peaked at three and went gold) as well as portions of Europe. Kodaline’s second album, Coming Up for Air, followed in early 2015. The LP peaked at number four on the U.K. charts and spawned the singles “The One” and “Honest.” In the summer of 2017, the band returned with the single “Brother” and the I Wouldn’t Be EP. The next year, they issued the single “Follow Your Fire,” which landed on their pop-leaning third full-length, Politics of Living, again topping the Irish charts. Kodaline’s output remained steady, first with the concert album Live from Irving Plaza, NYC, 4 Dec 2018, followed in 2020 by their fourth album, One Day at a Time, a more stripped-down, back-to-basics, set that bassist Boland produced himself. — James Christopher Monger, Allmusic.com

Tickets for our #SpringTour dates are on sale NOW at http://LukasNelson.com. Stoked to hit with road with @ahardupvibe. Where will we be seeing you? 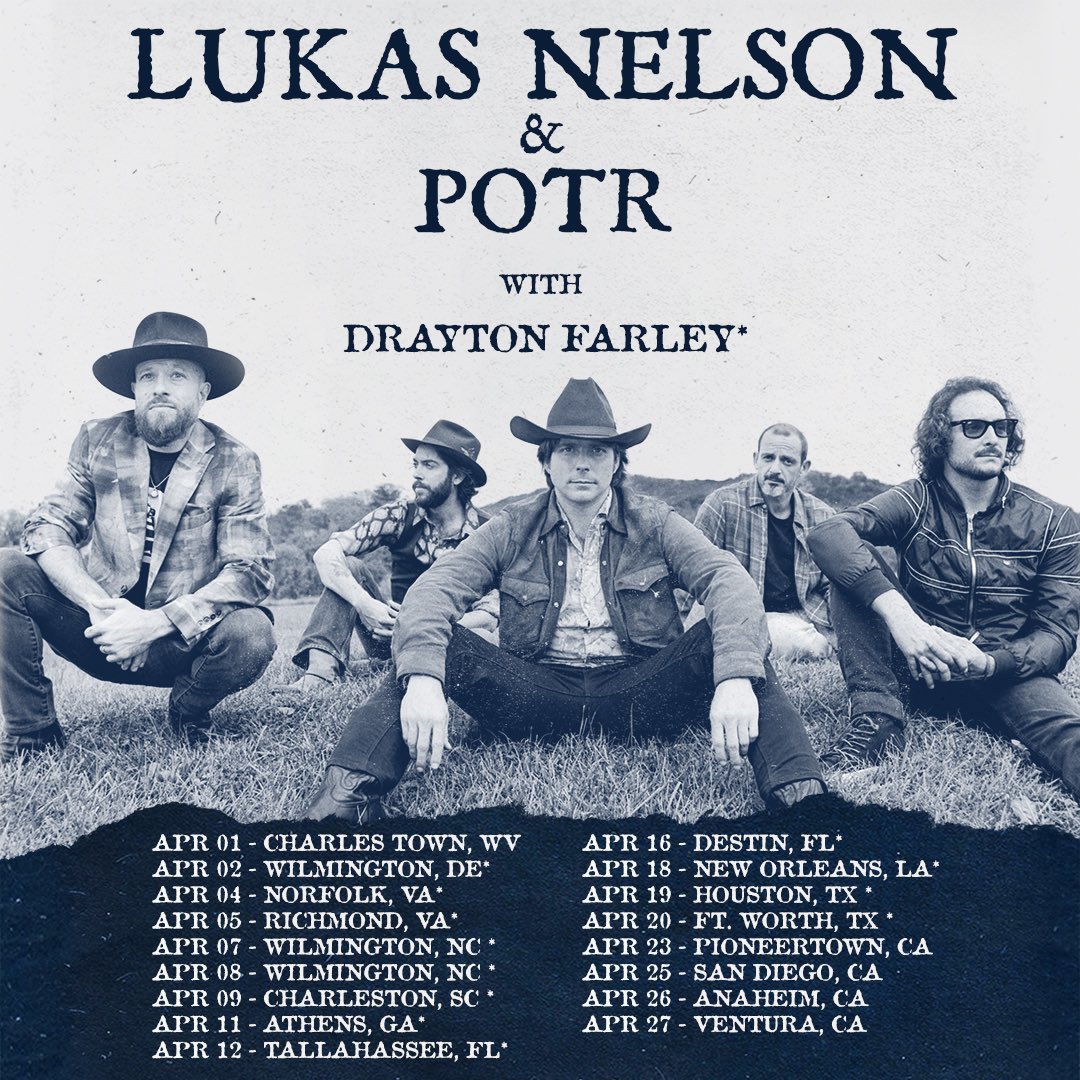